History of The Fire Extinguisher 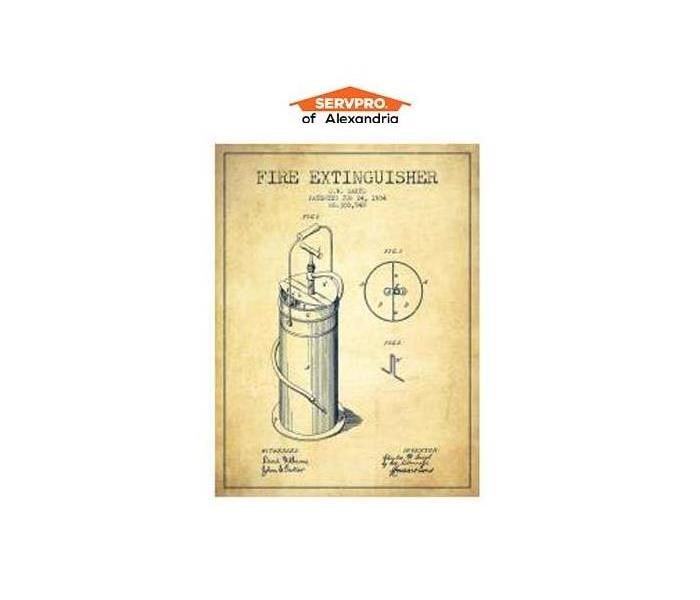 Just like any other advancement, the fire extinguisher has a rather analogue past. The earliest version of a fire extinguisher could be considered a bucket chain leading from a well or water source to the site of a blaze. Ctesibius of Alexandria, “the father of pneumatics”, brought the pump into our history around 200 B.C.

In the 15th century, a sprinkler system was installed in case of a fire by da Vinci at a commissioned job for the Duke of Milan.

Wall-mounted fire extinguishers was a patented system by Ambrose Godfrey who was inspired by the sprinkler system. In the event of a fire, fuses attached to the device would ignite and detonate a small chamber of gunpowder. The resulting explosions would spread onto the fire.

It was British inventor George William Manby who invented the first portable pressurized fire extinguisher between 1810 and 1818. What he called his “extincteur” was capable of deploying up to three gallons of potassium carbonate onto a fire.

In France 1866, soda-acid fire extinguishers were first developed and found their way to the USA in 1881 by way of Almon M. Granger. In case of fire, a person would break open a bottle of acid attached to the device and mix it into a larger container of sodium bicarbonate. The resulting chemical reaction would pressurize a stream of water that was directed through a hose.

Foam fire extinguishers and beyond

Russian engineer Aleksandr Loran found inspiration in the foamy head from a glass of beer and invented fire fighting foam in 1904. He patented the foam fire extinguisher that same year. The new foam-based fire extinguishers were able to fight oil-based flames.

American homes and public buildings were outfitted with glass fire grenades. These were hung from the walls and filled with water or carbon tetrachloride, a colorless liquid that chemically inhibits the combustion process. The globes would be thrown into the fire, chattering. The most popular brand was manufactured by Red Comet in Denver, who specialized as a safety company from 1919 into the early 1980s. Though the spheres are no longer in function, the early fire grenades are now  traded as antiquities.

Fire extinguishers have not changed too much in design since, however their firefighting challenges have evolved for specific fires:

You can look into our previous blog on Different Types of Fire Extinguishers to learn more about them. You may also be interested in finding out what is considered a Natural Fire Extinguisher, as well as learning about the importance of a Fire Drill.

Follow our blog for more information on fire damage, and how SERVPRO of Alexandria helps the community of Central Louisiana from a worst case scenario to the tiniest of damages. We are here to help, and ready whenever you need us. Open 24/7 don’t hesitate to call us at (318) 427-7511. Stay safe CenLa!